Baby Clothing - B E I B A M B O O / Uncategorized  / Elefantasy – fun or a necessity for a child? 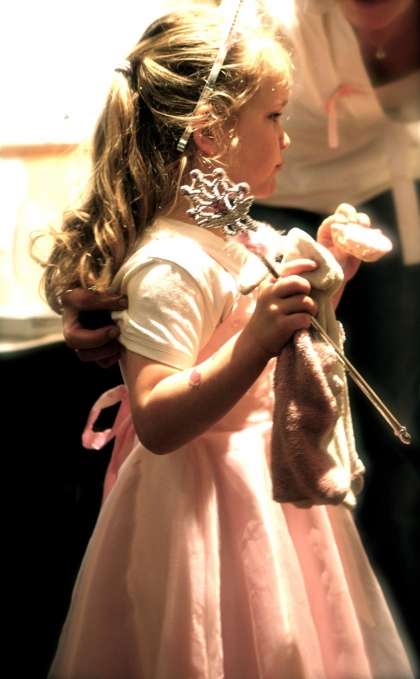 October 5, 2015 In Uncategorized By Nina Ignatius

Elefantasy – fun or a necessity for a child?

Is there no limit to a child’s fantasy?

When my daughter was born, I promised myself I would always prioritise playing with her whenever she wanted in order to nurture her artistic side . See, as a trained graphic designer with more than 15 years experience working with hi-brow branding jobs around the world, I am a lover of all arts – theatre, dance, music, visual arts – and I was so eager for my child to feel as passionate as I do.

I cannot fully describe the pride I felt when my daughter first displayed a keen interest for role play – don’t laugh- (read more about the importance of it here), as I knew well how beneficial this creativity can be for a child’s self-knowledge while also promoting a healthy way to explore and express feelings. Additionally, with her being an only child, I felt a duty to accept her asking me to play. (Play as a part of brain development)

What I did not know was that my darling daughter was more of a tyrannic director than a good co-actor!

Make that a director of Hollywood proportions, and not necessary in a good way. She commanded me to stand there, then to come over here, then play X, while talking to Y, going around the corner and then ask Z…of course she had the whole play in her head and although she tried her best to explain the scenes to me, she was so excited that she often forgot some ”vital” detail..and we had to do a re-take. Over and over again.

I applauded her tenacity to continue until she was satisfied, (Teach your kids grit)

but what wore me out was my role in her play. She, depending on her age and her most recent fascination, would usually play The Princess, Pippi Longstocking, Pocahontas, Peter Pan (gender mixing was never a problem), Cleopatra, Cat Woman or some pop-princess she happened to fancy at that moment. What simply exhausted me was that I had to play EVERYBODY ELSE. At the same time!

I was beginning to dread her pleas to play. I suggested she’d write them down instead, to make a little book, from where we could choose a scene together. Also to avoid the misunderstandings that sometimes lead to arguments. (This, of course, was a tired mom’s cunning plan meant for her to be still for a while and just sit quietly for just a moment. Ha! As if…) (How to raise assertive kids)

She wrote one page and then said it was faster to just play.

I could feel my frustration grow

Add to the multiple roles I had in every play, or scene, as we called the short stories she made up, she also loved to mix up not just the characters but also the historical timelines. A lot. So while she would play Cleopatra, I had to remember the roles for Tutankhamun (Cleopatra’s ”boyfriend”), Ceasar, Marc Anthony, an Oracle, Cleopatra’s father, the guards at the pyramids (at least a dozen), a few crocodiles, as well as two imaginary friends who had arrived on a time machine, usually from Gotham City, sometimes together with Batman, sometimes accompanied by Shakira, or Kim Yong-Un as the baddie. Add to this borrowing my phone for ”Cleopatra” to call Tutankhamun for a midnight rendezvous, and you can begin to feel my frustration and exhaustion grow – and concentration fading.

And a couple of years of what felt like incessant play-acting I finally said I was tired of playing. I did not enjoy it anymore. Of course, she was devastated. I felt so guilty, but explained that I needed some time of my own, doing things that made me happy.

We compromised. We play less now. But I swear I will one day in the future miss our scenes. And I’m pretty confident that the years of playing tyrannic director has made her a very good manipulator and leader, as good acting can do to you. This, proven by the sweet way in which she would sometimes ask me ”pretty please mommy, you are SO good at playing”…

And so I would succumb, yet again.

PS The word “Elefantasy” is a word she coined at about 2 years old after I commented on her ”big”, vivid fantasy. I love it and we still use it to describe that tenacious, live imagination of hers.

PPS. The picture is of Stella aged 4 – The princess has long ago given way to more ”advanced” characters such as Catwoman and Cleopatra.